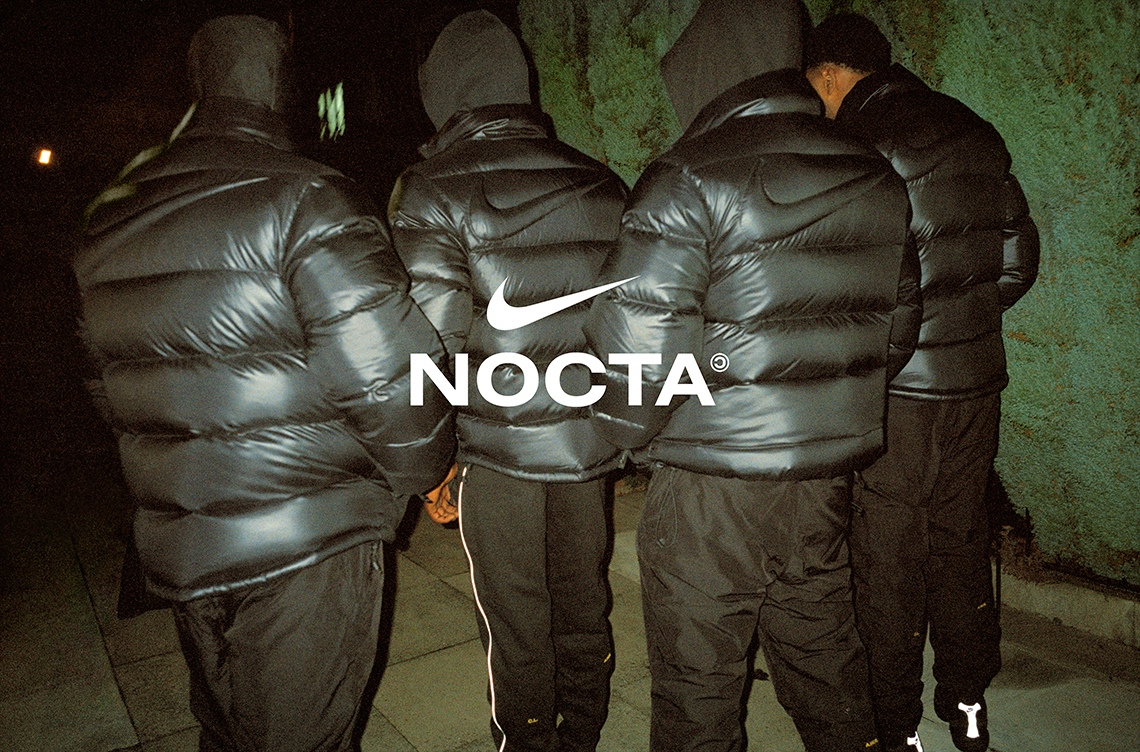 Powerhouses Drake and Nike announce another partnership between the two. Titled a Sublabel inspired by Drake's creative process, the intriguing collaboration was announced this week. It is pretty obvious that the video for the hit single "Laugh Now, Cry Later" was filmed at the Nike World Headquarters in Beaverton, Oregon. Throughout the years, we've already gotten a taste of several rare OVO Air Jordan releases. So what else do Drake and Nike have up their sleeves? NOCTA has officially teased photos of several bubble down jackets along with some winter apparel. According to Drake, the NOCTA sub-label is geared towards the grinder, the person who goes all night and works hard non stop and always on the move. Although no other pictures of additional gear or sneakers have surfaced, Nike did announce a drop date of December 18th. Look out for teasers as we approach the release date and best believe this collaboration has promising potential. Don't be surprised if NOCTA reaches supreme status hype and items start selling out. Check out Drake's insight here on Nike News.