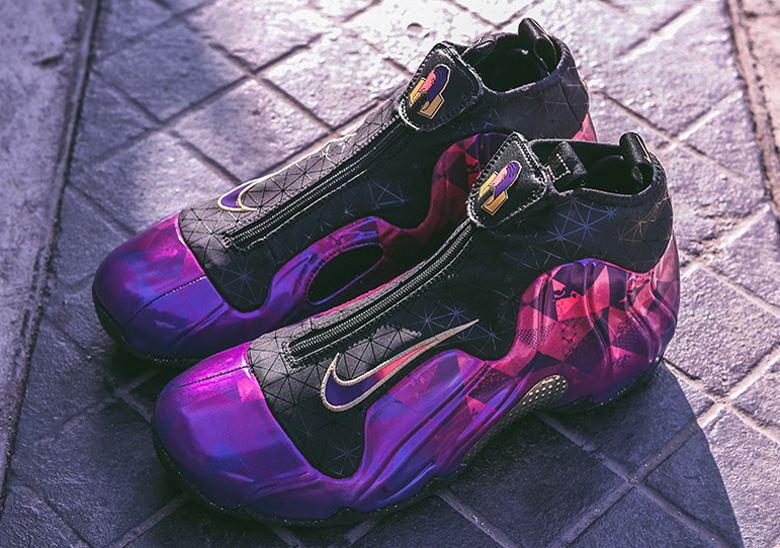 With the Chinese New Year approaching in early February, we can assure that Nike has some goodies up their sleeves. Speaking of goodies, Nike has confirmed the release of a rarely used silhouette of the  1999 Air Flightposite one.  Other popular models such as the Air Jordan 12, the Nike Vapormax, and the Air Max 270, will also be dressed in different blends commemorating the 2019 Chinese New Year. The Foamposite outer shell has always been a popular look with sneaker heads. The outer shell sports a purple and pink metallic look with a series of triangular shapes. Numerous nike swoosh's adorn the rear tab.  Chinese characters are located on both foot’s rear heel, and a pair of praying hands which are repeated in other renditions of Chinese New Year releases. Definitely look out for clothing to match these Chinese New Years editions.